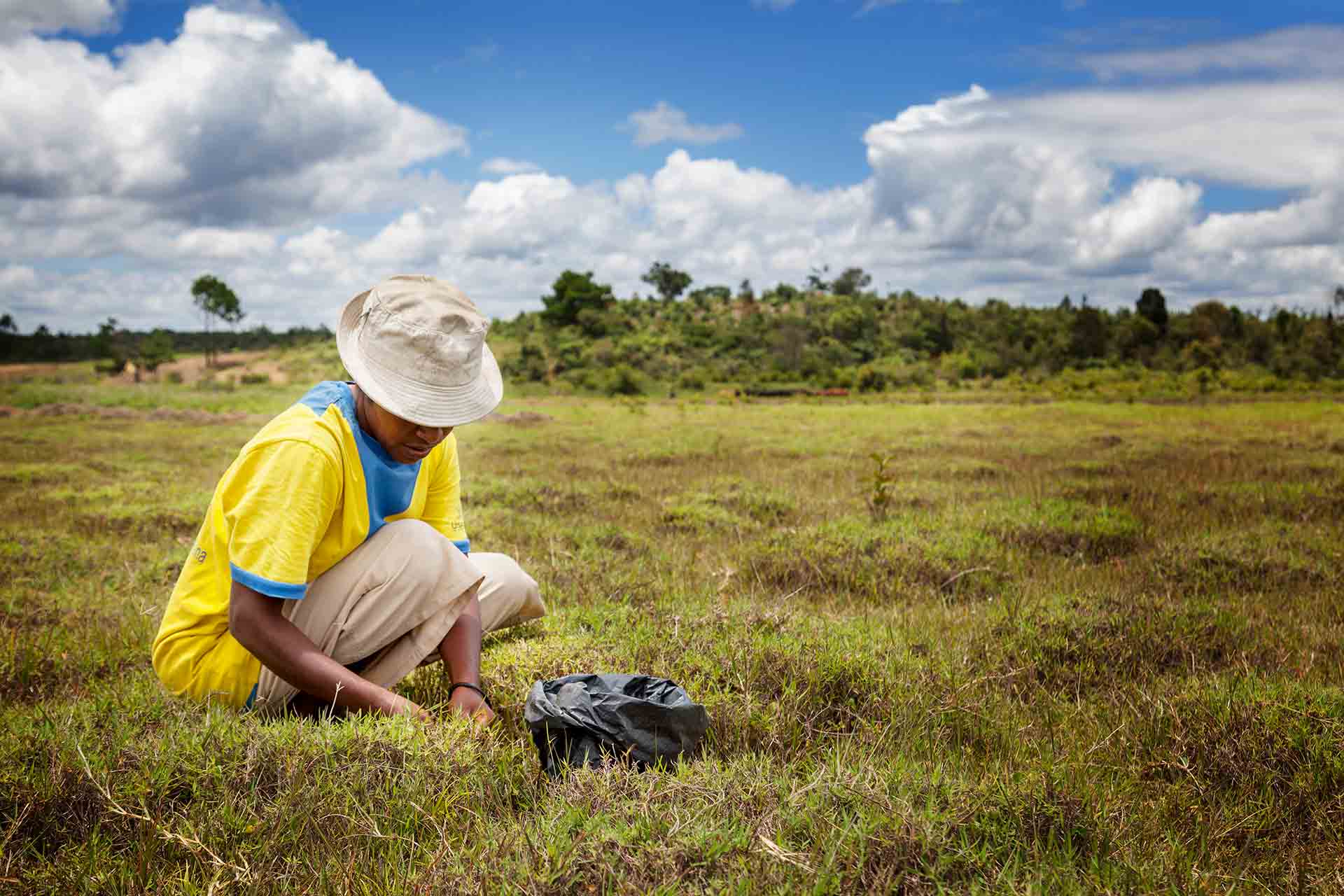 The rain came softly at first, a gentle pitter-patter on the umbrella above us, but then the heavens opened and a cascade of rain hit the streets of Antananarivo. Rivers began to stream down the cobbled streets of the city centre and cracks of thunder reverberated above. Then the electricity everywhere went out.

But life continued. Taxi buses continued to disgorge their passengers who simply hoisted their umbrellas or ran through the rain. Stalls continued selling their wares. Restaurants and shops put out candles or lit their wares by the light of their cell phones for potential customers.

Life goes on. That seems to be the dictum of the Malagasy people. Life isn’t particularly easy yet it is met each day with good cheer, come rain or shine, electricity or no electricity. Car breaks down? It is fixed right where it stopped, whilst the rest of the traffic navigates around it. 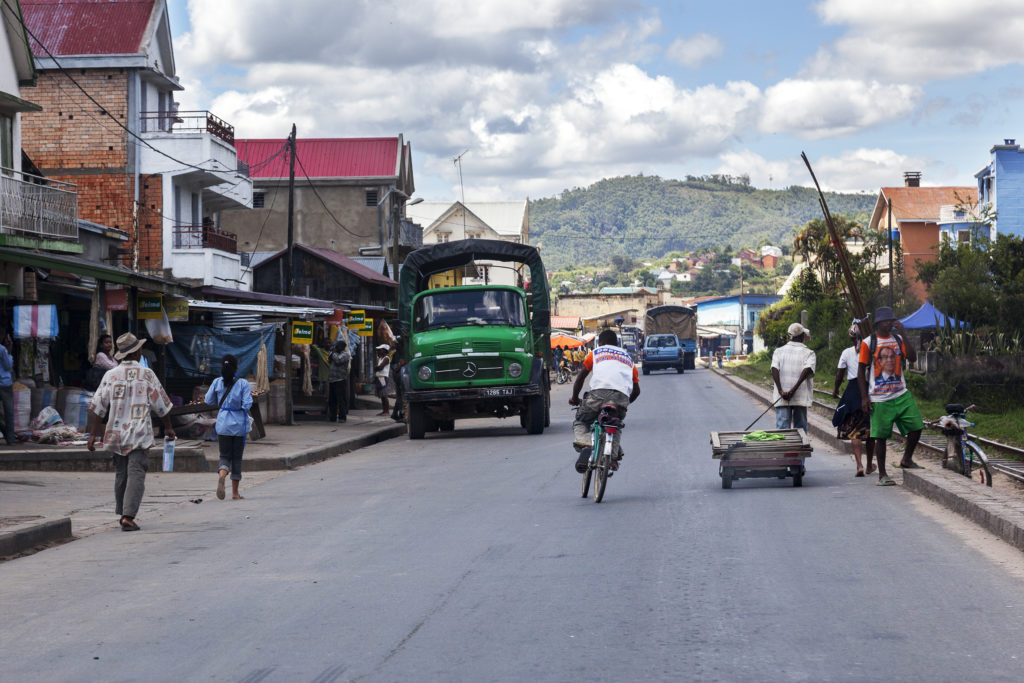 Traffic rules generally are taken very lightly and traffic jams are to be expected at any time of the day in the capital as ox-carts, bicycles, trucks and taxis all vie for space on the narrow, one lane roads. Right-of-way has been modified to who-gives-way-first but it is with surprising skill that this is negotiated. More than a dozen times an imminent collision seemed unavoidable before one of the drivers would yield at the last second, avoiding an accident by mere centimetres.

Hooting is used as a system of communication and can mean anything from ‘coming through’ to ‘thank you’ or ‘hey there’ as well as the traditional ‘move over’ or ‘you @#$%&!’ Traffic lights are non-existent; the only regulators are traffic cops at particularly busy intersections.

Life happens outdoors. That is the other thing one notices in Madagascar. Laundry is washed in the river or water canals and dried on the embankments. Teenagers play on foosball tables standing under the open sky. 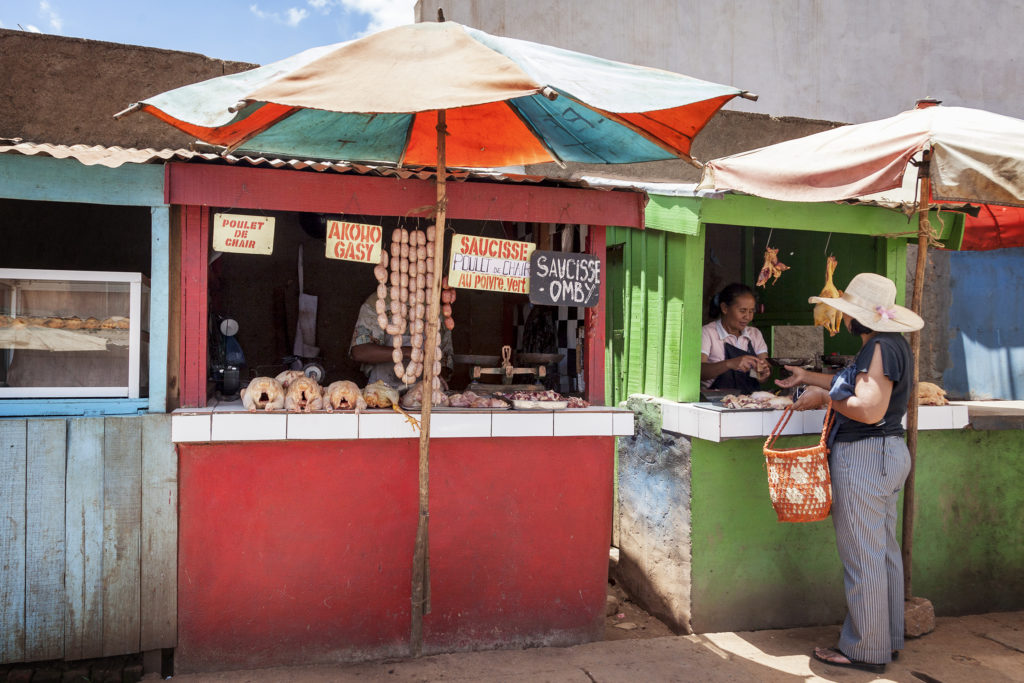 Everything can be bought on the streets. The smaller towns and villages don’t have supermarkets and even in Antananarivo, the capital of Madagascar, it isn’t necessary to trek to a store as everything from car parts, furniture, live chickens, meat, fruit and vegetables to clothing, snacks, appliances, airtime and charcoal can be bought during a stroll down the road.

Once outside the capital city, Madagascar is a country that consists of browns and greens. The succulent green of the rice shoots in the rice paddies everywhere, the darker green of the forests, the cloudy brown of the rivers, the reddish clay brown of the earth, the mud huts dotting the landscape and the dust coating everything. But come to a village and there is a flurry of colour again: green, pink and blue houses, tricycle taxis, or pousse-pousses as they are known, brightly decorated and the yellows, reds and greens of the fresh fruit and vegetables being sold.

And wherever there is water, there are rice paddies. Villages are surrounded by rice paddies as rivers are blocked off into fields of all shapes and sizes. Rice is part of the staple diet in Madagascar and many families make their living off this as rice is eaten with every meal.

Charcoal is another means for income for families and big white sacks line the road or can be spied at the back of a bicycle or piled high on hand-drawn carts. Filled to the bursting, this fuel is for many the main means of heating and cooking. 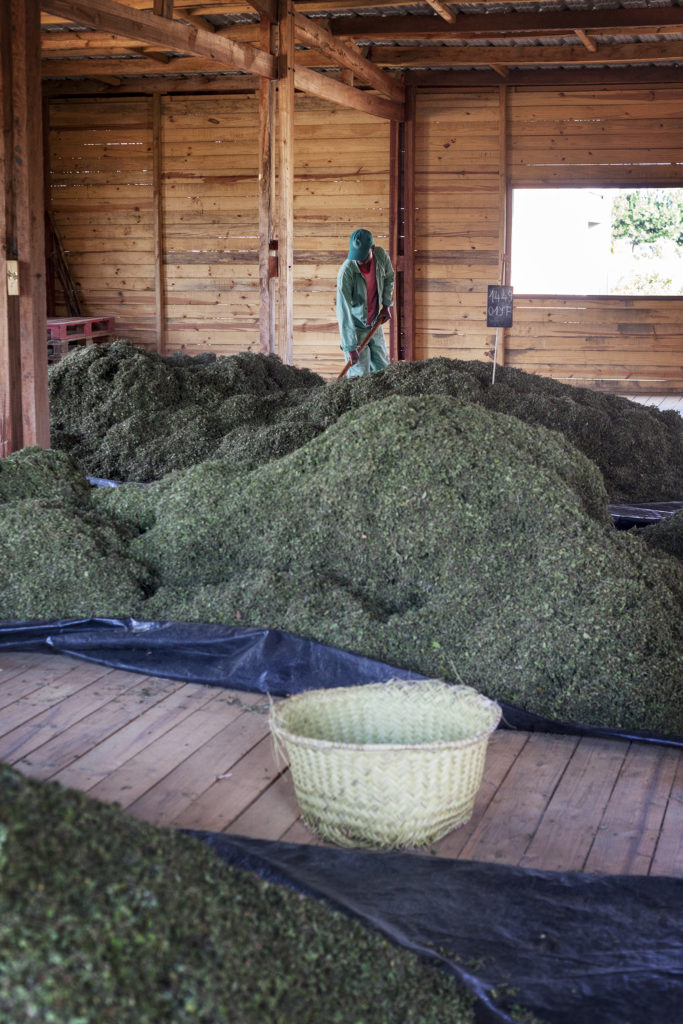 Near Moramanga, our destination for this trip, many families earn extra income through the picking of Centella asiatica. This small plant can be found nestled in between the blades of grass in the surrounding fields. Local women usually do the picking and get paid by the sack, which gets collected weekly. The plant is then dried, carefully sorted by hand and milled in the nearby Madagascar Green Products (MGP) factory before being sent off overseas.

Harvesting happens from halfway through September till March the following year – the summer months in the southern hemisphere. It is during that time that the components that make Centella so valuable are at their strongest.

Centella, or Talapetraka, as this unassuming plant is known in Madagascar, can be found in many tropical regions and has a long history attached to it. The first ground-breaking and road-paving scientific research was done in Madagascar; thereafter the world began to take note.

Today Centella is mainly used in the cosmetic world. Its ability to help heal wounds and to prevent the formation of scars is especially prized for cosmetic surgery. But it is also for its brain stimulation and aid in memory that the plant has been recommended.

Here in Madagascar it has also long been valued and used. It is sometimes mixed and eaten with rice or a tea is brewed out of it to help with an upset stomach. It grows in moist areas and Madagascar with its rains and many submerged fields has the perfect conditions for it to grow abundantly in the wild. And despite the large amounts that are harvested and exported, the plant is in no way threatened with extinction: the creeping offshoots grow all the better the more they are picked.

It is captivating to watch the deft hands of the local women seeking out the delicate leaves in the fields of stubbly grass in which it hides. The women work together, collecting during the week, whilst the men tend to the rice paddies and other crops or tend to the cows and goats.

Saturdays is reserved for the weekly washing and on Sundays families go to church. Church is an important part of their lives, as is the weekly market that takes place in Moramanga on Tuesdays. The market attracts people from far and wide and is a chance to not only do the weekly shopping or selling of baskets that the women make to further supplement their income, but also to catch up on the news and see relatives.

Back in the capital the air is particularly hot and sticky as we drive to the airport and it takes us two hours to traverse the 30 or so kilometres there. Antananarivo’s traffic at its best. But it gives us a chance to say goodbye to the narrow roads lined by stalls, the noise and the bustle, the fields of lush green that lie between the hills of tightly packed houses.
And as a final farewell, Madagascar graces us with one of her monsoon-like rains. It beats down on the asphalt of the runway as streaks of lighting make jagged lines across the horizon. Madagascar, what an experience, what a country.