Chasing across Limpopo & Zimbabwe in search of a tree 2

Chasing across Limpopo & Zimbabwe in search of a tree 2 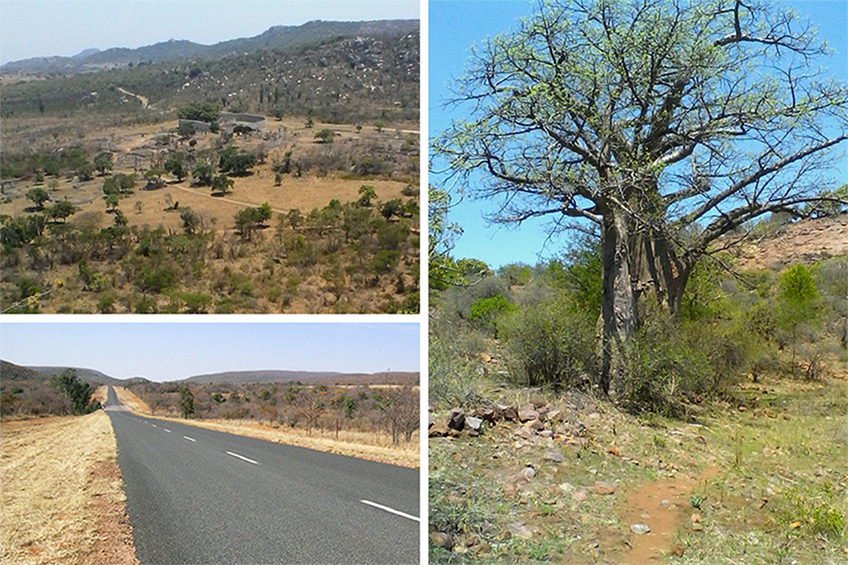 In part I the search for a particular tree species began in Limpopo – after successfully locating it there, the journey continues and culminates in Zimbabwe.

We left Limpopo for the crossing at the Beit Bridge border into Zimbabwe, fully armed with detailed, written and verbal instructions. We managed to dodge the touts offering to take us through the process and found our way to the unmarked office on the hill where we needed a document stamped, but still managed to get caught by one unofficial “official” who wanted us to pay him not to check what we were importing into the country. Taking only 2 hours to make the crossing, we congratulated ourselves, and the journey to Bulawayo to meet with our guides was further uneventful.

However, it was here we encountered our first challenge specific to the country we were visiting. On an extensive scouting mission our guides had discovered our species about 500km from Bulawayo on community land, but due to political reasons (especially close to an election) they were afraid to be seen showing 2 South Africans anything in rural Zimbabwe, in case of being tipped off to the police…

Fortunately they had the forethought to take samples of the trees’ interestingly shaped fruit pod and from this it was easy to affirm the identity – but was this just an isolated instance of the tree, or were there dense stands to be discovered?

With our plan to go to the community land irrevocably off the cards, we turned to some of the Government mandated forestry areas where we had had some positive reports of our species, and where we could be shown around by Forest Managers without suspicion. Here we discovered our second challenge (not country specific) – non-uniformity of local naming conventions of species. While we had provided the Forest Managers with a name that is attributed to our species, on the ground this name is given to all species within this family. So, after a day of 4×4-ing on sandy forest roads; dodging non-4×4 fearing cows and speaking with the forest security men in multiple parts of the forest, we were unable to locate a solitary tree, at least not the one we were looking for! Talk about not seeing the wood for the trees.

Despite our initial high hopes we would have to leave Zimbabwe without having found, or even seen, Nemo…Nevertheless, having visited Zimbabwe, we were able to arrange teams of scouts on the ground to visit likely areas where the tree might be found, give them detailed instructions on how to estimate population densities and to gather the data we would need to be able to set up a viable and cost effective supply chain.

On our way out of Zimbabwe, we discovered yet another challenge of doing business in a country where poverty affects more than 50% of the population; physical cash is hard to come by; government salaries are meagre; and corruption is rife at the highest levels – police checks!*

While some of the fines we were issued were legitimate (although the word entrapment comes to mind), many were for obviously fabricated

infringements – driving with lights on during the day, for example. These police checks were placed every 10 kms or so on the road between Chivi and Beit Bridge – they must cause some frustration for the truck drivers doing that route daily – but even more so for the tourists!

We were able to fit a final site in before leaving – the Great Zimbabwe ruins – testament to much more advanced African civilisations than we were once led to believe. After that final stop, we made the crossing back onto the familiar soil of South Africa. Re-entering South Africa was a much easier and shorter process than entering Zimbabwe.

We could commence the long homeward drive, tired yet satisfied that we had achieved a lot in only 10 days and that we had laid the groundwork for a supply chain and a successful outcome for our clients.

*Our visit still took place during the era of Mugabe rule. We have been told that police checks have dropped dramatically since the change in president, however we were unfortunately not able to experience this