In Pursuit of Pelargonium in the Eastern Cape

Home / Consulting / In Pursuit of Pelargonium in the Eastern Cape

In Pursuit of Pelargonium in the Eastern Cape 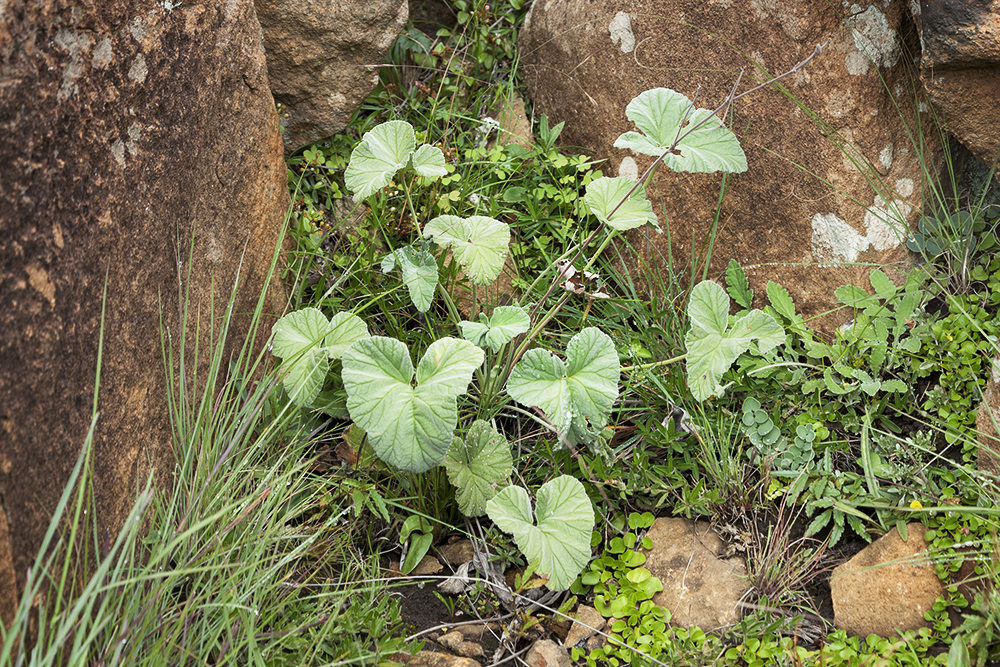 “Turn right here,” our guide Mgcina tells us. At first no road can be discerned but as we bump our way through the thorn bushes, a narrow track takes shape. The closer we get to the mountain the clearer, but more washed away the track becomes, testing the bakkie and the driver’s skills as small boulders and dongas lie in our way. After much discussion, in Xhosa and in English, we decide to leave our vehicle in a small clearing and continue on foot.

For the first half kilometre we wind and duck our way through a forest of thorn bushes – typical of the overgrazing that takes place in the lower plains of the Eastern Cape which allows the more unpalatable Vachellia karroo (formerly known as Acacia karroo) to grow unchecked – before we reach the foot of the mountain we have to climb. As we begin ascending the flora begins to change; aloes reach out of the vegetation, blue flowers creep over rocks and Diospyros soecies (the pears of the Gods) display their pretty fruit. 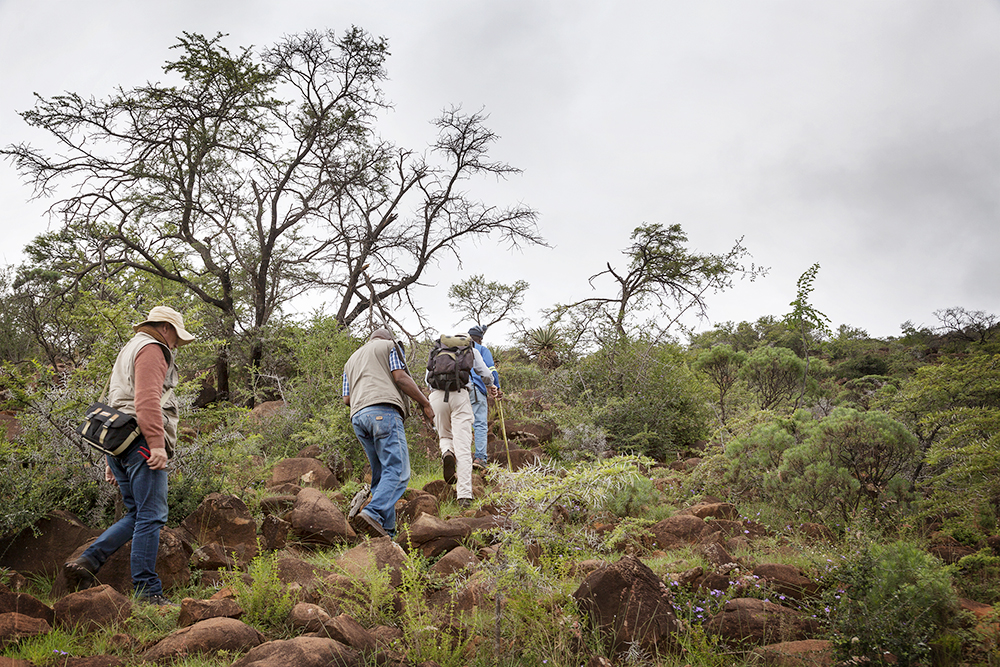 Half an hour stretches into an hour and it is still not clear how long it will take to reach the Pelargonium, with only a lot of hand gesturing and mention of a cellphone tower to go by. The landscape continues to change: the bush grows thinner and grassland interspersed with rocks, aloes and shrubs lies around us. And then there it is: a Pelargonium plant nestled in the grass. And another, and another and suddenly we can see them everywhere.

Within minutes Tony de Castro, a highly regarded environmental consultant, has set to work. Measuring out the first transept, he begins to take meticulous notes on the surrounding area and conditions, the size of the plants, how many are in flower and whether any harvesting and regrowth signs are to be seen. Altogether he will measure five transepts, counting Pelargoniums in one metre swathes on either side. From there careful calculations are done which can be extrapolated over the remaining area of where the Pelargonium is found, taking into account the conditions the plant favours and over which area it can reasonably be expected to occur. 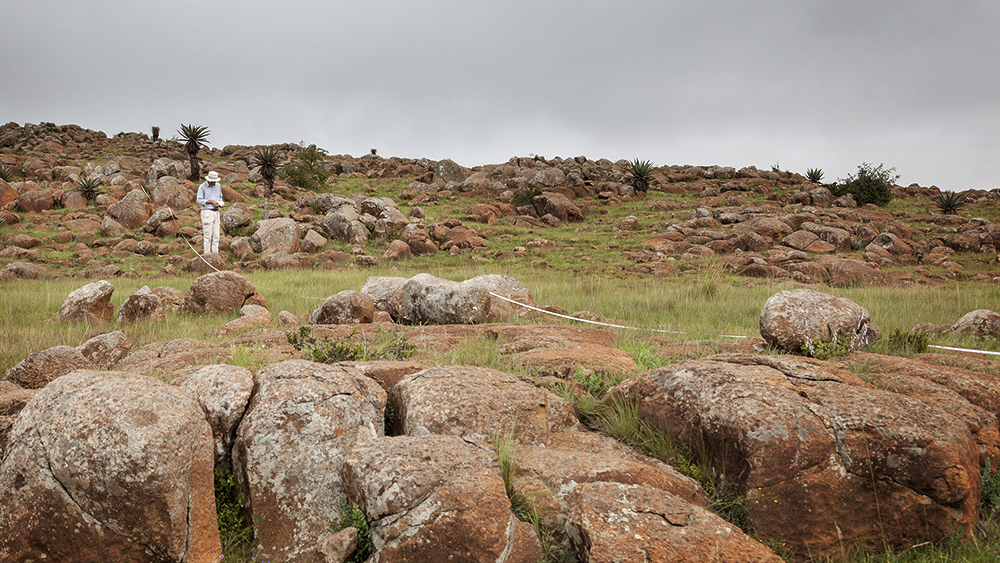 While we are only accompanying the beginning days of the resource assessment and are able to witness six such assessments at sites both where harvesting is taking place or which have been earmarked as potential harvesting areas, Tony de Castro and his colleagues will go on to do dozens more, geographically scattered over the Eastern Cape and Free State. This is the second such resource assessment made of Pelargonium sidoides and will be used both by those making use of the plant, as well as by SANBI for conservation purposes.

When the initial resource assessment was made in 2011, Pelargonium sidoides was reclassified on the Red List of South African Plants from “Declining” to “Least Concern” as it was shown that the plant is prolifically scattered over the provinces where harvesting takes place. This renewed resource count is showing a similar story, Pelargonium happily growing in both disturbed and undisturbed areas and easily re-sprouting after correct harvesting of the plant.

Due to the interest and commitment of Schwabe and Parceval over the last decades, Pelargonium sidoides is probably the best studied and understood medicinal plants of South Africa in terms of occurrence, genetics, propagation and cultivation.

However seeing the plant in its natural habitat gave us a new appreciation of the resilience and hardiness of the plant, as well as of the distances and heights covered by the harvesters when gathering the plant material, as we chased up mountain after mountain. But one does have to hand it to the Pelargonium: it certainly has chosen a beautiful home for itself! 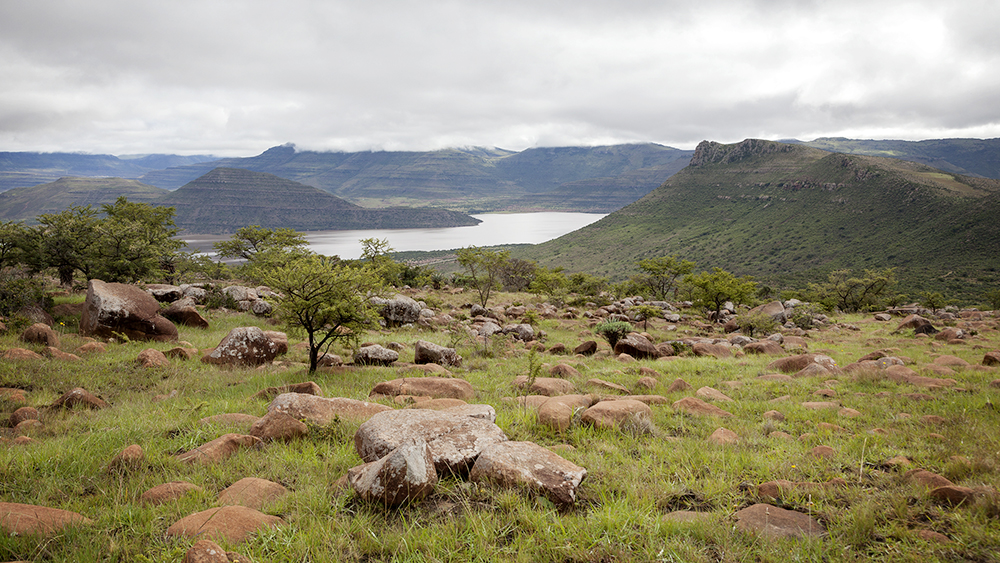