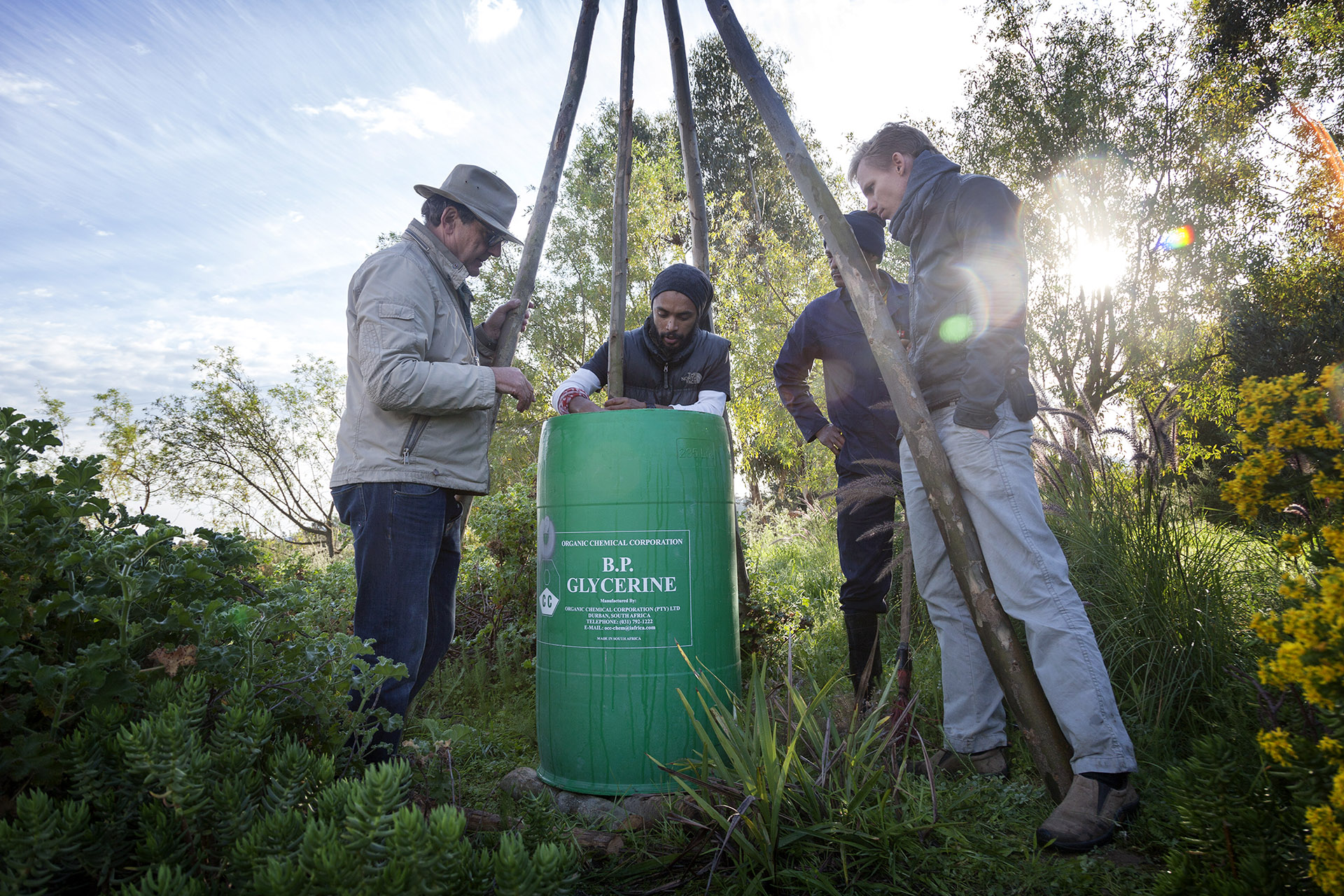 Parceval had the pleasure of hosting Hans Supenkämper from the company WALA Heilmittel GmbH, who spent some time on Waterkloof sharing his valuable knowledge on biodynamic farming. During those two days, the Waterkloof team partook in a composting workshop and made a biodynamic preparation for the fields.

It was an unusually misty morning when we gathered for the composting workshop which lent the whole affair a bit of a mystical air. But as we soon discovered, composting is a bit magical, with a heap of manure, soil, plant matter and some ‘mother compost’ being turned into rich hummus within six weeks, if done correctly. 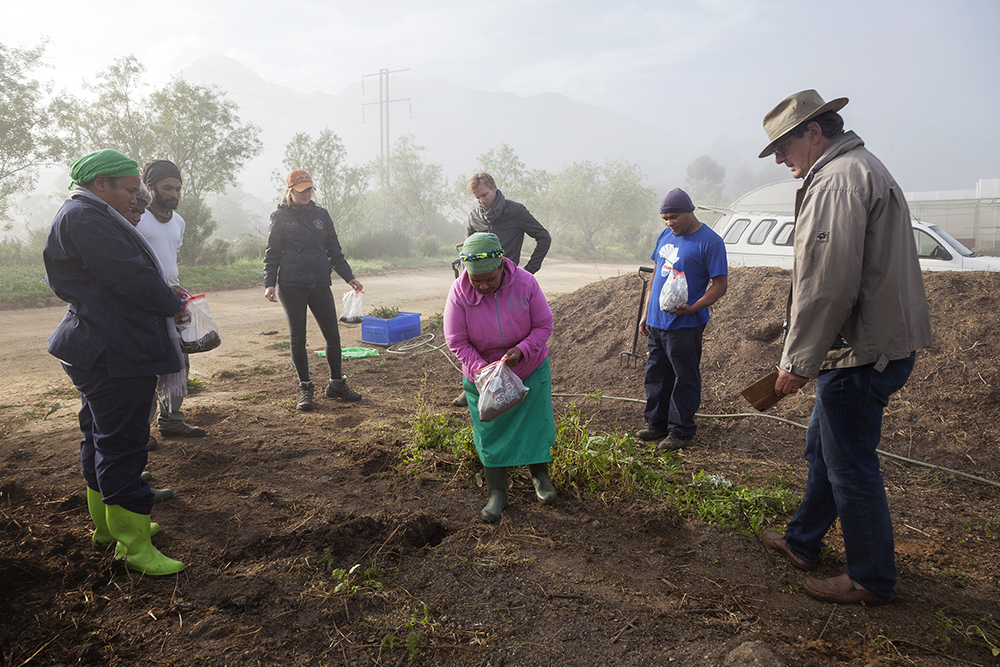 The first step was to put some biodynamic preparations into small holes in the ground, where the compost heap was to be made. 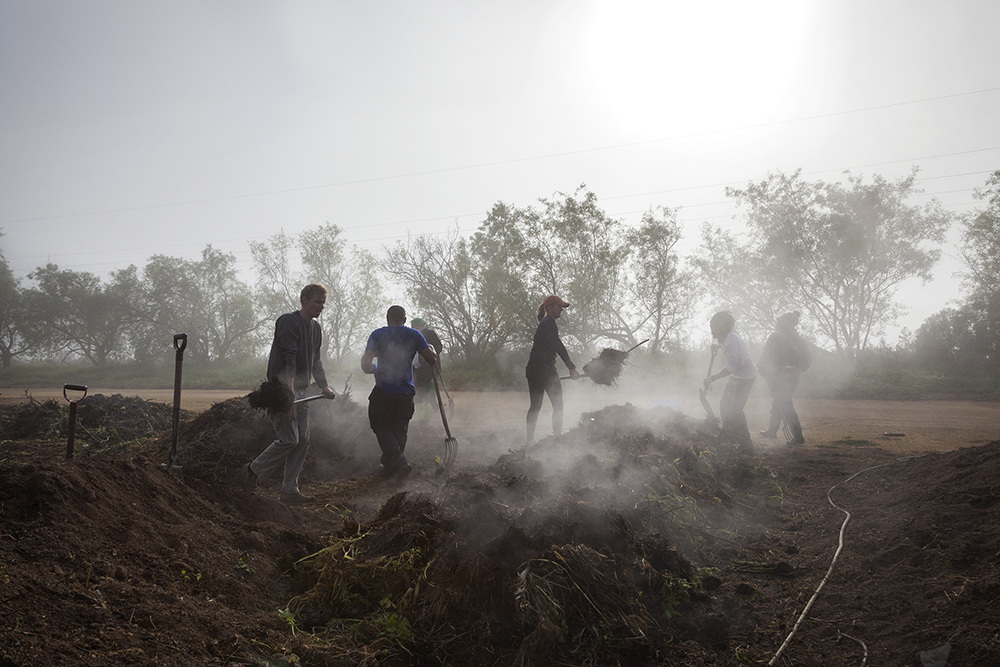 Then the layering process begins: dried brush, plant matter, manure (which steamed richly as it was moved and added to the figures in the mist look), compost, soil, plant matter, manure, compost… Creating layers ensures that all the different components are evenly distributed in a compost pile, before it is turned and mixed.

Once we had a waist high pile, the sweat began to flow as the mixing process began. Water was added throughout to create a lovely moist mixture which would set the composting process in motion.

The mixing process will be repeated several times during the next six weeks. This is to continually oxygenate the mixture so that the microbes continue to do their magic in turning everything into a fertile compost which can be used on the fields.

Hans instructed the Waterkloof team on how to prepare a BD 500, which subsequently was sprayed onto the fields on the farm. When regularly sprayed BD 500 encourages soil fertility by assisting with the formation of stable humus, increase of soil bacteria and fungi, absorption and retention of water and enhanced root development. 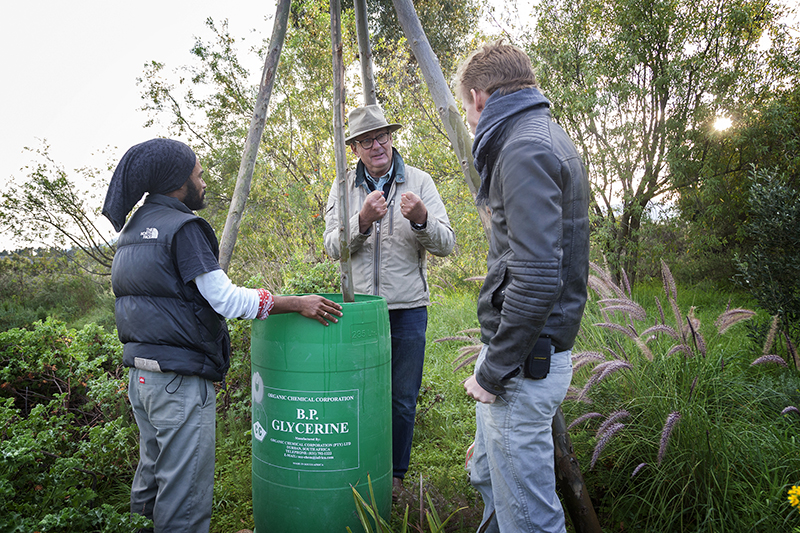 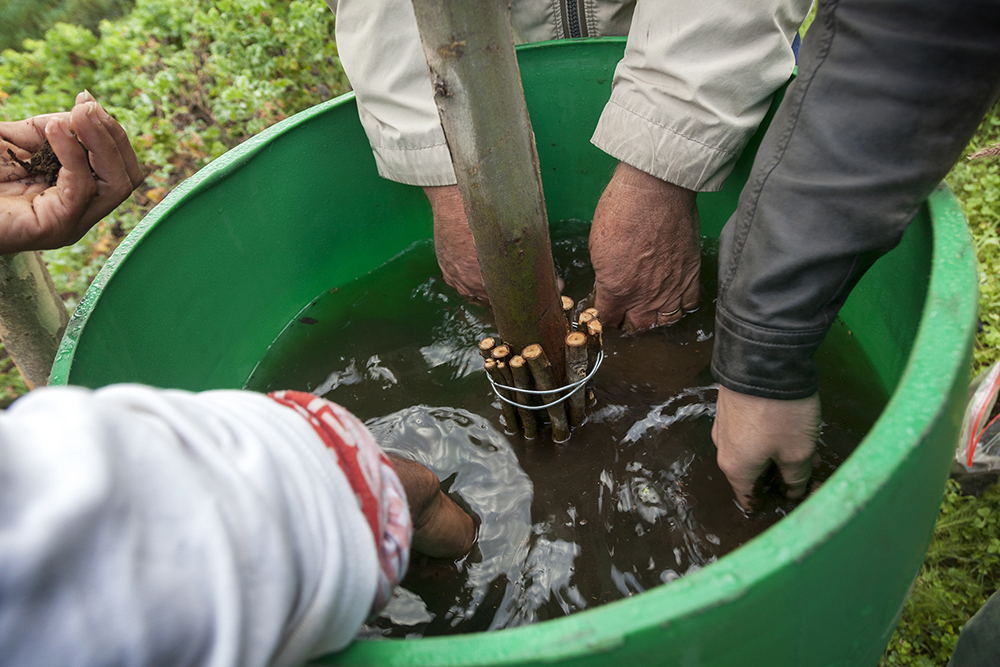 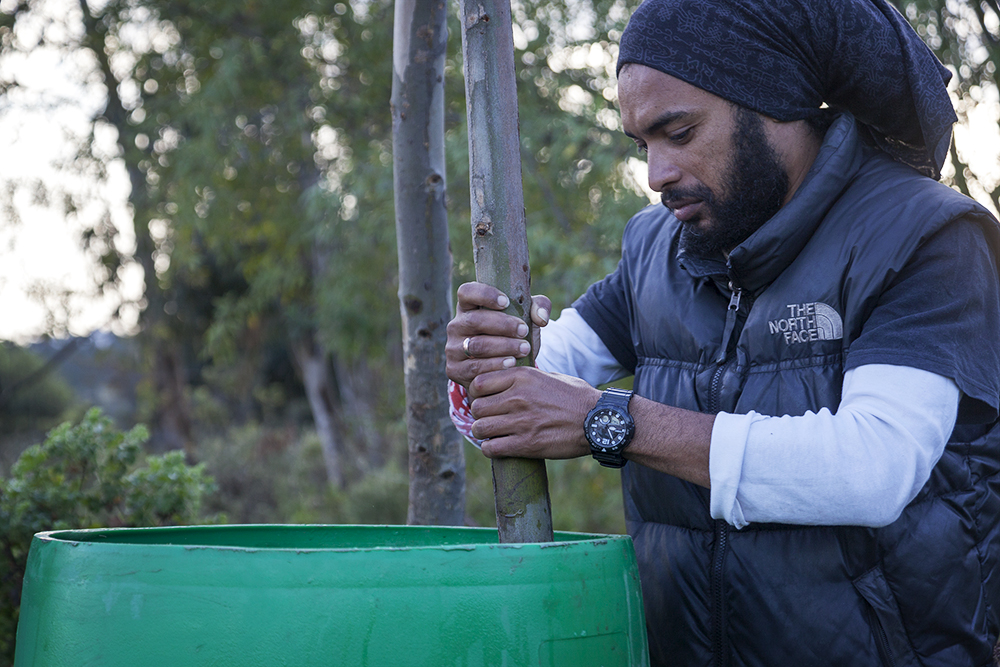 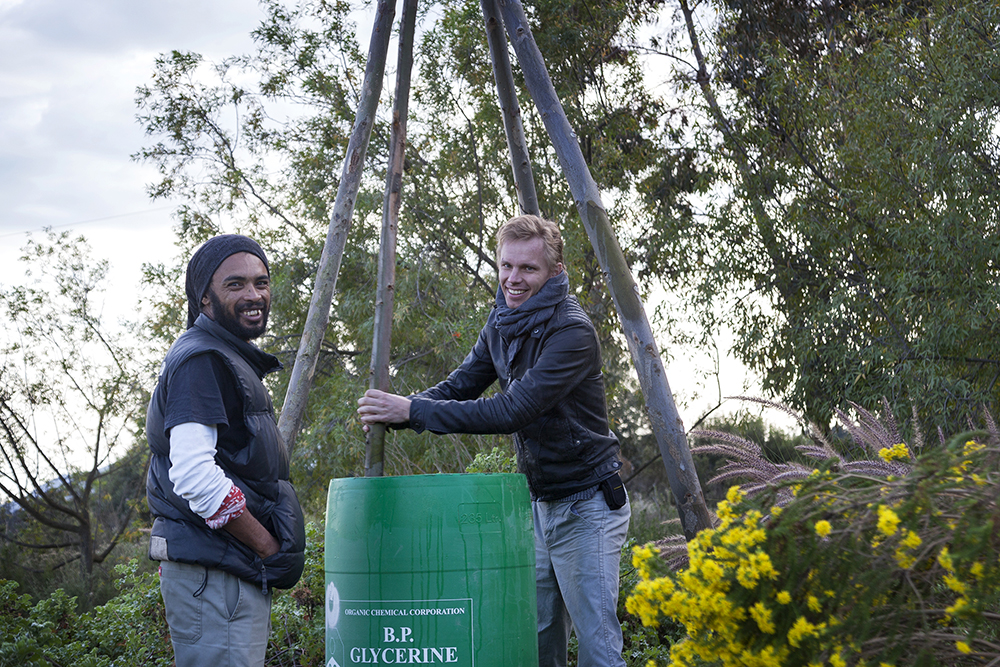